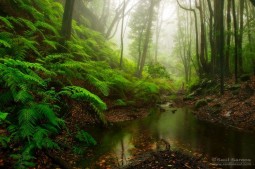 You have to deserve this island. La Gomera: a small pebble in the south of the Canaries. A cone which stops the clouds on its tip and maintains a millenium forest on its roof . This is where all the trade paths were flowing from one valley to another . A star of steep ravines falling in a wild Atlantic. 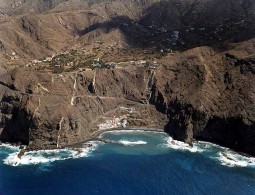 Topography made communication so complex that they developed a unique language: el silbo Gomero. The only whistled language in the world. Still spoken by most of the 20,000 inhabitants of the island. Was declared as a Masterpiece of the Oral and Intangible Heritage of Humanity by UNESCO. The movie “Big Blue” had helped me to find Amorgos . The “Silbo” song led me to this amazing island. Kingdom of centenarian laurels, banana trees, whales … and hikers. All the walks are spectacular here. As the one leading to Alojera . The kind of spot where you don’t end up by chance . A tiny harbor nestled in a small cove . 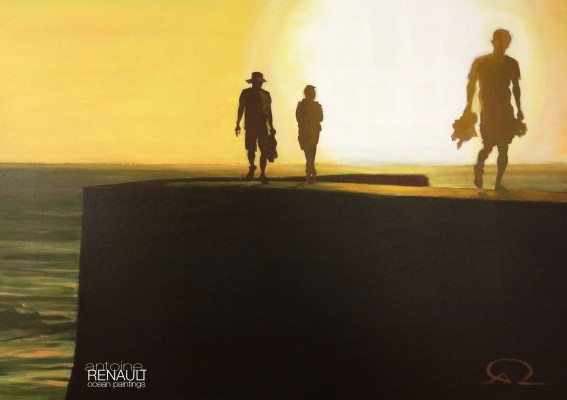 One of the few that is not at the end of a ravine. The place is rather austere. Seems dedicated to swallow the western storms. Its proud pier in pole position. At the end of which, it looks like that if you are on a quiet day. And if you stay there until late afternoon, you suddenly understand better the why of this bunch of regulars waiting there on the terrace.  To call it a day after hours of swell-breaking, the cove feasts in the evening with an amazing sunset that seems to have been custom tailored for the place.

This site uses Akismet to reduce spam. Learn how your comment data is processed.